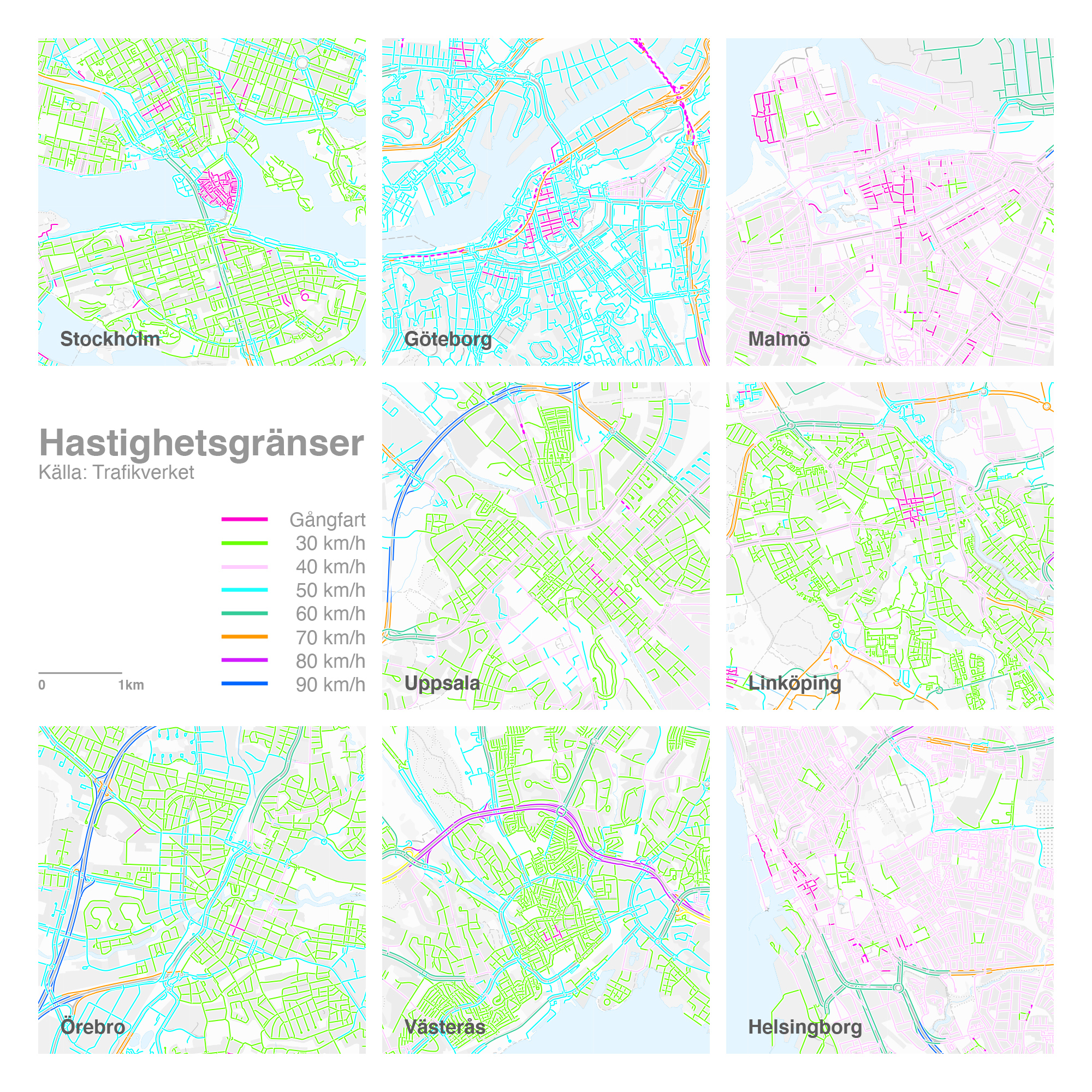 Around the world speed limits in cities are being reduced in order to achieve safer and more attractive urban environments. New York City changed its speed limits from 30 to 25 mph in 2014, and a number of European cities have introduced 20 mph speed limits in recent years. Paris will extend its 20 mph restriction to cover the entire city this year, as will Brussels. Spain is preparing national legislation that allows this in its major cities.

A quick survey of Sweden’s largest cities in the eminent database of the Swedish Transport Administration shows that most have implemented reductions to 20 or 25 mph in the urban cores. The exception is Gothenburg which holds on to its 40 mph limits, the local politicians only last November rejecting a proposal for reduced speeds, arguing that this is a matter for the national parliament.

The other cities seem to have come to a different conclusion. Given that Gothenburg at the time of the decision was awarded Most Sustainable City Stay in the Best in Travel 2021 category, we can only hope the city will soon feel ready to address the issue again.