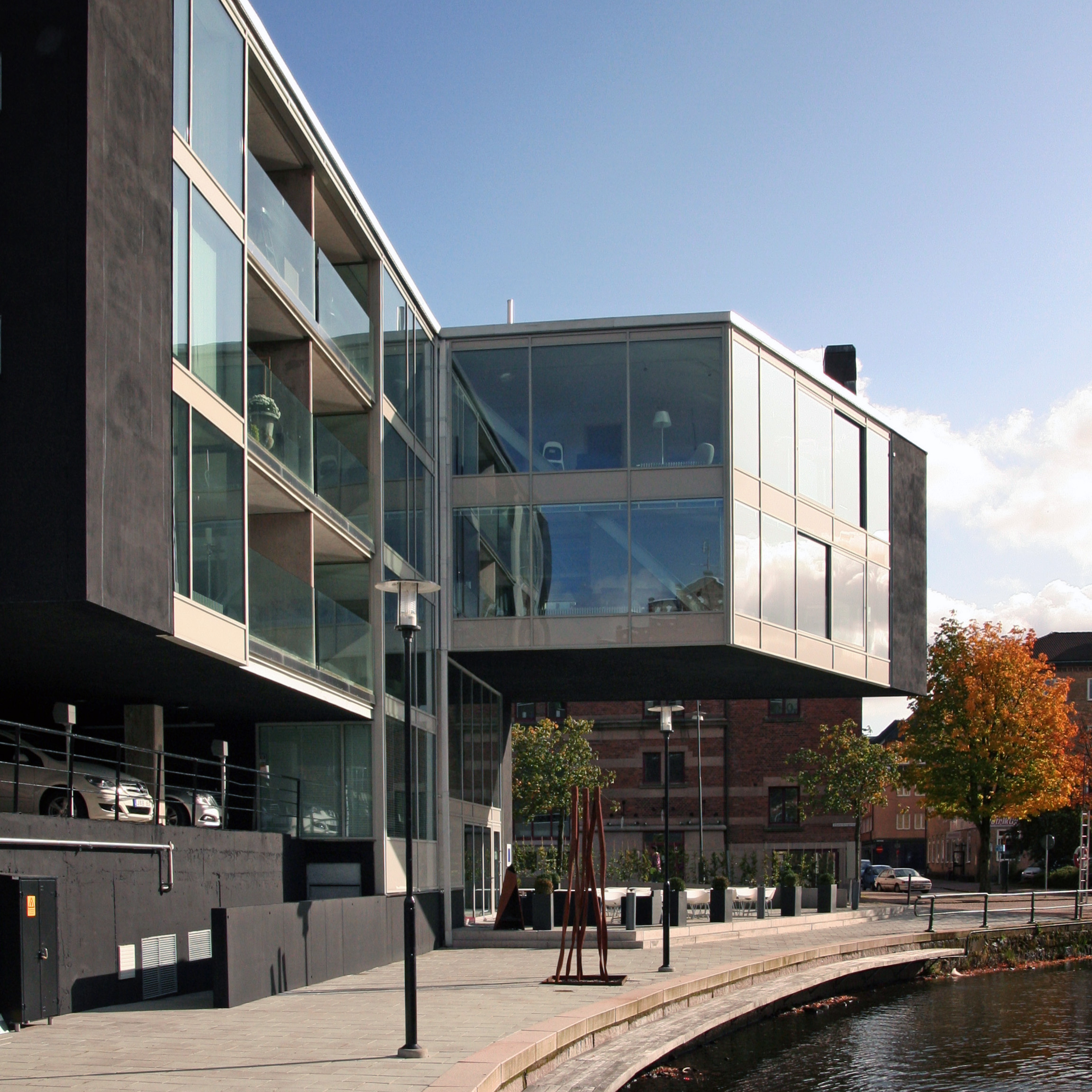 Somewhat late I today received the very sad news that architect Kia Bengtsson Ekström has passed away, a loss that occurred much too soon. With her passing, the architecture scene and the architectural education have lost a very fine personality, an excellent problem solver, designer and entrepreneur, and a role model for many.

As convening jury member, I had the honour of awarding the Bergman House in the city of Borås, which Kia designed, the 2009 Helge Zimdal Architecture Prize. It is a building which delicately weaves housing and commercial spaces with the urban space right on the river Viskan.

In teaching, we met on a number of occasions at the school of Architecture at Chalmers. You will be missed, Kia.